Business model. Monetization. Pricing. PANIC. The ole adage, “build it and they will come” does not really exist. And that has never been more evident than in today’s time in a world where it’s so easy to build a product using no code tools.

In a recent study by NCF, 72% of people using no code made zero dollars from their no code products. In my honest opinion (and many no coders i’ve talked with think that percentage is most likely higher). WTF!? This is a problem.

I’ve built 3, six-figure tech businesses and 1 seven-figure, from nothing, all with no code. Sometimes to my detriment, I’ve launched before I should've and charged before I should’ve with two underlying principles behind it all; SPEED and FEEDBACK.

How serious am I about monetization? I made my own mother purchase my product before I listened to her opinion… during a holiday no less.

While building my first-ever no code company, we pivoted about 12 different times. We were everything from a digital business card exchange to an alumni networking platform. And in each one of those stages we were able to monetize at least 5 figures from each pivot and we learned a lot in doing so. During one of these pivots we had a “drink subscription.” We reimbursed people $4 per receipt they uploaded into our platform and we charged anywhere from $10-$20 per month. But before we started charging we gave the platform away for free to 50 early users. Guess how many of those actually uploaded at least once per month for 6 months?

Not one! Not one of those 50 free users uploaded at least once per month for 6 months.

Now, we ended selling 512 subscriptions, if memory serves. Guess how many of those 512 paid subscriptions upload at least once per month for 6 months.

Now, guess who actually delivered the most valuable feedback? Paying customers. Guess who we never heard from? Free users. And what did I learn from this experience?

‍Only listen to people who have skin in the game

‍Never ever listen to people who haven’t voted with their dollars. Either in the form of an investment or a paying customer. What’s the saying? Opinions are like assholes? Well the only “assholes” that matter are the paying assholes. Everything else is noise, or hot air… I guess you could consider that hot air… farts. Yeah, I like that.. Opinions given from free users are akin to farts. The next time someone gives you their opinion you should say “I’m not smelling your fart air.”

Joking aside, the reason people don’t launch early or charge for their product is because they listen to the farts. The free opinions anyone can give, they don’t really matter.

‍Be honest and transparent with your early customers

‍Early on (and sometimes STILL) we are upfront about our platform, making people aware that we are indeed early and in exchange for access we are only for paid costumes and they can either pay now or sign up for a waitlist. This drove serious people to pay and in turn give tremendous amounts of feedback. I am always telling people that its CHEAP bc youre early, if we were a finished product it would be 3-4x the price you’re paying, but you can lock this price in for feedback and putting up with early bugs. This helps build trust with early adopters and is vital for future business, when it’s more mature and you’re ready to grow.

‍We only dealt with and listened to the early, paying customers, but we gave everyone else an option; if you’re not ready to pay (at these cheap prices) you can wait and pay more later, just sign up for the newsletter to be notified. This created something for those not willing to gamble on an early platform the opportunity to engage and stay involved on some level.

If anyone ever comes up to you and asks, “how does this scale” just kindly tell them to shut up and watch you build. I’m not sure how to do this kindly yet ;) More seriously, you should not worry about scaling anything until you have reached 100 customers that LOVE what you're doing. Be in-service to your first paying customer, then your second customer, then your tenth customer. Slowly you will be in service to your 100th customer.

We actually made a pipeline in our funnel where we would ask every customer if they loved us. If they said yes, we did our job and we moved them to the final stage in our pipeline. We did not count our job as done as the sale (normal conversion metric). We counted conversion as they not only paid, they loved us.

The brilliance in this is that when you charge before you should, only a small number of people will buy it this early. This grants you more time to focus on that smaller number of customers, giving them white glove service, and ensuring you work to get them to LOVE your product.

You're in! Thanks for subscribing.
Oops! Something went wrong while submitting the form. Please try again. 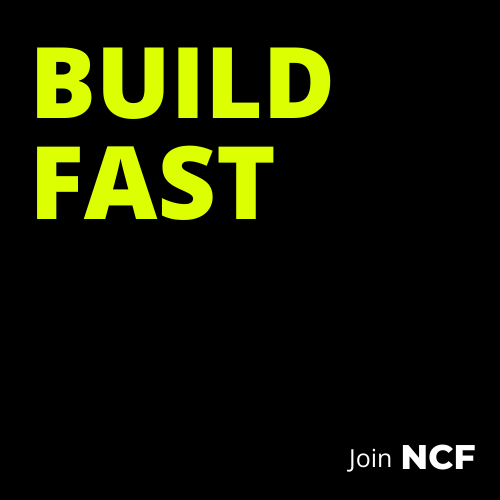